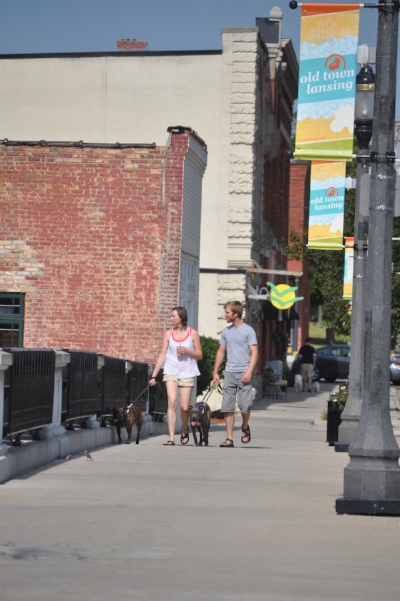 Real estate appreciation is highly dependent on local market dynamics. Areas appreciate at vastly different rates, even in the same region. There are many ways to boost the rate at which home values appreciate including by bringing in jobs, improving the environment, improving the schools, and more.

The EPA released a study in 2015 on seven towns and six specific tactics that these cities used to improve their communities. Here are the six categories of tactics and some examples of the ways these towns improved their communities.

Identify and build on existing assets

Paducah, Kentucky had a lot of existing arts expertise and realized that they could capitalize on their deep creative resources by opening a quilt museum and preforming arts center, among other cultural assets, that generated $39 million in local economic activity and created 819 jobs.

Simply by identifying their strengths and working to leverage them, they were able to improve the quality of life for their town and also make major economic improvements.

Engage all members of the community to plan for the future

Dubuque, Iowa harnessed the power of their community by crowdsourcing ideas for city projects. They had over 10,000 submissions, which led to the development of a comprehensive community plan.

One of the results of this community cooperation and input was an impressive 90-acre riverfront revitalization project, for which they raised $188 million from city, state and federal sources.

Take advantage of outside funding

Douglas, Georgia went to a federal source of funding an effort to revitalize their downtown area, and secured a Transportation Enhancements grant. This allowed them to do some major capital improvements that benefitted the community as a whole, including the business community.

They also renovated 40 facades in their downtown by making small façade-improvement grants to businesses who agreed to spend an equal amount of their own money, resulting in major a beautification project that benefitted all community members.

Create incentives for redevelopment, and encourage investment in the community

Paducah, Kentucky created an innovative and bold program where they bought vacant or foreclosed on properties and sold them to artists for $1. The total project cost was $3 million dollars over the first five years, and the artists invested about $35 million dollars in the same timeframe.

The program attracted over 100 artists who lived and worked in the neighborhood, which then attracted galleries, shops, restaurants, and visitors. By investing $3 million, Paducah fundamentally changed their town into a major arts center, while making it safer and more attractive to homeowners and business owners.

Encourage cooperation within the community and across the region

The city of Roanoke and the Roanoke Redevelopment and Housing Authority invested $20 million in 23 acres of former industrial properties, tested the properties for environmental contaminants, improved the properties, and then sold the land to Carilion Health Systems. Carilion then partnered with Virginia Tech and the University of Virginia and established the Carilion Biomedical Institute.

This innovative partnership between city, government agency, and industry returned 10 times the investment amount over the course of a decade, and facillitated a top medical institute in the process.

Support a clean and healthy environment

Bend, Oregon identified a property that was heavily contaminated with all kinds of manufacturing waste that was a health hazard for the local community. The city decided to remediate the property, but in the process, create an attractive and vibrant space for the city.

They created the Old Mill District which includes recreational activities, restaurants, shops, and art galleries, employing over 1,700 only one year after opening.